2020 is the 75th Anniversary of the ending of WWII World War II was the war that encompassed the world with fighting originating in Europe and spreading to Asia. Due to the sheer scope of this war there a huge variety of destinations to visit for a group looking to engage in the history of this conflict. Destinations can be combined to have a broad perspective of the war that shaped the modern world or groups can focus on one destination and have an in-depth exploration.

France as a country was deeply involved in both World Wars and is the home of many historic sites, including sites related to Canadian Military history. One of the sites most known for its Canadian association is Vimy Ridge which was a site taken by the Canadian Armed Forces during World War 1 on April 9th, 1917. This hill was situated on the Maginot line and therefore was strategically important. After the conclusion of the war, Vimy Ridge was given to the government of Canada and is currently staffed by Canadian Students. In addition to Vimy Ridge students can also visit WWI sites such as Beaumont-Hamel Newfoundland Memorial Park, St Julien, Tyne Cot Cemetery & Passchendaele. A WWII tour of France would offer students an opportunity to explore a country which is rich in history and engage in the events that shaped the modern era. A tour of France could include a visit to Paris to tour world famous sites such as the Louvre, the Eiffel Tower, and the Musee de l'Armee. The tour can then continue to visit the D-Day beaches and the associated Memorials. The Canadian D-Day Beach of Juno offers a tour of Canada's Juno Beach Centre which pays homage to the 45,000 Canadians that lost their lives in the war, 5,500 of which were killed in the battle of Normandy through a detailed and interactive exhibition. Another Battlefield available to visit is Dieppe which is situated along the Northern Coast of France and was a prelude to the successful D-Day beach Landings. 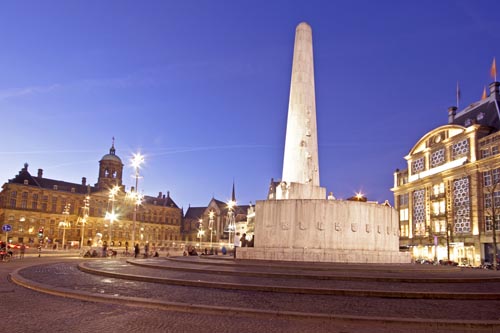 Canadian Forces are credited in aiding in the liberation of Holland during WWII. Due to this connection Canadian students experience very warm welcomes from the locals. During a tour of this country students are able to visit many sites with Canadian connections such as Apeldoorn, Arnhem, and Wageningen. In addition to these sites there are many world renowned wonders such as exploring Amsterdam with Dam Square, the Rijksmuseum, and the Anne Frank House.

Italy is a destination that is visited by international tourists for a variety of reasons; be they to explore the ancient ruins of the Roman Empire, the beautiful art of the Renaissance or to visit the WWII battlefields etc. A tour to this beautiful country can engage you in its vast history. The tour can visit Rome and explore the ancient remains such as the Coliseum, the Pantheon and the Forums. Then groups can visit the WWII strong points of the Winter, Gustav and Hitler Lines in the Liri Valley as well as where the Canadian troops were stationed at the Moro River and on to Ortona. During WWII Canadian soldier experienced a harrowing campaign in Italy lasting 20 long months. These soldiers have ironically gone done in history as the D-Day Dodgers because instead of storming the beaches of Normandy they were engaged in battle in Italy.

While the Germans are known as the instigators of WWII since the war they have not shied away from displaying their history. Instead the Germans have preserved the history and seek to teach of the atrocities committed during the war. Visiting Germany for the purpose of learning this history offers a unique point of view and many interactive exhibits. Germany is filled with renowned historic monuments related to the war and student groups have plenty to chose from regarding which they wish to visit. Among the sites to visit is the city of Nuremberg which was the launching point for Hitler's Largest Nazi Rally and there are many war monuments dedicated to these events. In addition, Nuremberg is the location where the war crime trials took place. When studying WWII history one of the most memorable atrocities is the Concentration Camps. While on tour in Germany there are opportunities to visit several of these institutions such as the Dachau Concentration Camp and Memorial Site or the Sachsenhausen Concentration Camp. Another important site to visit is the Holocaust Memorial which is in Berlin and dedicated to the six million Jewish victims of the Holocaust. In addition to WWII historic sites Germany has much to offer a visitor. Germany is a country of rich culture with its Medieval castles and thriving modern Art scene. To continue the history of war themed tour, groups can also visit the important Berlin Wall that was erected after the end of WWII and dismantled at the end of the Cold War.

Poland after World War II was known for the devastation committed against its people, the entire country was affected by the war and there are many sites to visit to learn about WWII and its affects. The most famous sites include the cities of Krakow and Warsaw, the memorial and museum at Auschwitz and Hitler's fortress, known as the Wolf's Lair. The City of Krakow was not damaged during the war, but it was a Nazi occupied city that saw the decimation of its Jewish inhabitants. Warsaw by contrast was largely destroyed during the war. Auschwitz is the largest and perhaps the best known Nazi Concentration Camp. Since the end of the war the camp has been transformed into a museum to educate and a memorial to the over one million people who died there. Hitler's fortress, known as the Wolf's lair, demonstrates the influence of the Nazis during the period as it was a headquarters and hidden forest where Hitler spent his time.